Some months ago after some success using the Howie Glatter laser collimator, I still wasn't seeing good collimation.  I decided to focus only on the secondary mirror, and making collimation adjustments only there.

What I found was that the collimation screws (which I had replaced with Bob's Knobs) were not long enough to reach the back surface of the secondary mirror housing.  Both the original screws and Bob's Knobs version were the same length (about 1.75").  The spacing between where the screws pass thru the collimation holes on the housing to where they contact the backside of the housing is about 1.5" - so there is little extra length in the screws for adjustments requiring more than I guess it was designed for.

I ended up taking some washers and placing them between on the backside of the secondary housing. These shortened the length needed for the screws to make contact.  It worked.  Since this change I have not had signficant collimation issues.

Thank you, Howie Glatter.  I purchased a 2" laser collimator from Starlight Instruments and rather quickly I was able to collimate the secondary and primary mirrors.  The stars look pretty good now. More to come..

My new Astro-Tech 14" RC looks nice but I have yet to tame the beast...

My previous OTA was a 14" Meade LX850, a fine OTA. But in the Paramount documentation (the mount is a Paramount MX+) I read that with a fixed mirror OTA, the Protrack system can provide very precise, unguided tracking. With an SCT and the mirror flop issue, this is not possible, according to the Bisque documentation.

So I decided to sell the LX850 and get the ATRC14. My first "complaint" about the ATRC14 is that there is virtually no documentation about the scope, particularly concerning collimation. I'm new to RC's so this can be a challenge when you consider that you can collimate three assemblies - focuser, secondary mirror, and primary mirror.

Despite a couple of emails to Astro-Tech asking for guidance or documentation, I got no answers so I've given up (and also given up on future purchases from Astro-Tech).

That said, OptCorp has posted a somewhat helpful video on youtube about collimating a 14" GSO RC that was helpful, though I wish there were more details...

A very good overview of photometry 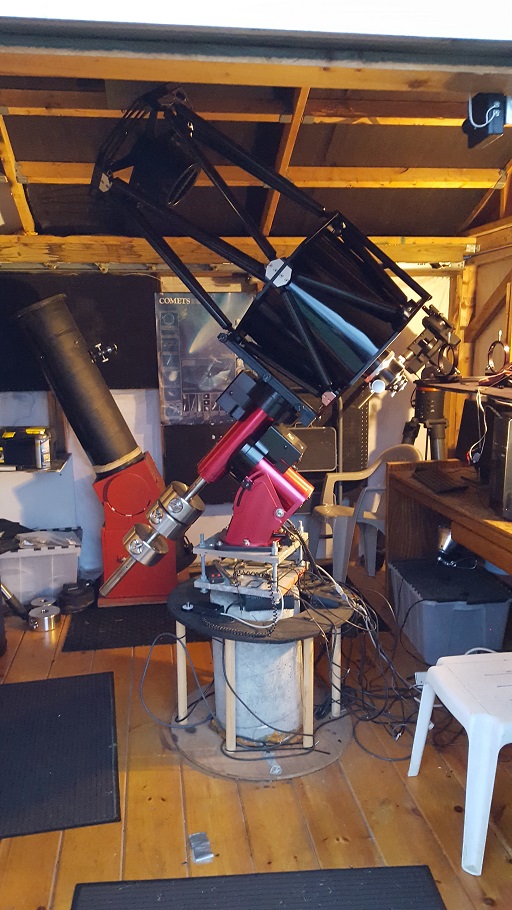 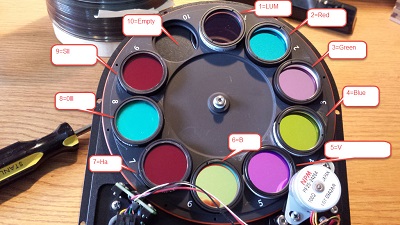